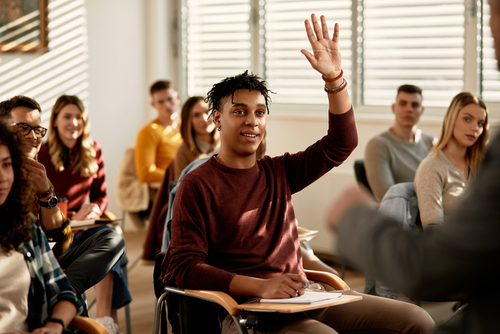 In November 2021, we interviewed Tom Woelper, the founding Head of School at New England Innovation Academy (NEIA) in Massachusetts, to get his perspective on the value of Mind, Brain, and Education Science (MBE) in the classroom.

The CTTL’s partnership with Tom dates back to his time as Head of School at Far Hills Country Day School, which was the first PK-8 school in the United States to become MBE credentialed by The CTTL through completion of all 12 Neuroteach Global micro-courses. Now, in New England Innovation Academy’s first year, Tom is making MBE a part of the pedagogical framework for his faculty right from the start. Read our conversation below.

CTTL: When did you first discover Mind, Brain, and Education Science?

TW: I really dialed in on this – as much as I had seen at the Learning & the Brain conference in Boston and had a high-level understanding of it – it really was seeing Neuroteach featured in Klingbrief. I read the blurb about it and thought, ‘This is a book that I’ve got to purchase.’

I got it, and I read it, and I said ‘every educator, every school should design what they do through a Mind, Brain, and Education Science lens.’  So, it really was just an aha moment – a combination of it reinforcing some practices and thoughts that I had developed over time, questioning other thoughts that I had, and I really found it to be empowering of so much of our thinking as it challenges us to look at things in a different way. It was so accessible for educators.

So, I have to give Glenn and Ian credit as it was their book that pulled it all together, as much as I had some working understanding of MBE.

CTTL: Since then, what has your journey to becoming an MBE practitioner looked like?

TW: It started when I was the head [of school] of Far Hills, and our journey of wanting to make sure that every teacher was fully trained and could use the vocabulary and apply the practices because…you don’t want to have just a few energized, passionate educators doing this work and it not become a part of the fabric of the school.

My belief is that this is truly ground zero for all the rest of our work. And hence, when it came to start NEIA, reaching out again [to The CTTL] to have everyone read the book and start the micro-courses as a way to make sure that we’re being trained so that we can use the same vocabulary and have the same reference points. But again, all educators need to understand how the brain learns to do what we do effectively.

CTTL: You mentioned a couple of things that touched on the collective efficacy of having a framework for [MBE].

TW: Yes, absolutely. I think we need to start using the same language and understanding shared practices. In fact, I was working with my son this weekend who was reviewing for an upcoming assessment. So, I was talking about spacing, double-coding his flashcards, interleaving, and other sorts of things… to try to help him organize his own studying over the weekend.

CTTL: You’ve spoken already about the value that you’ve perceived for teachers who use these MBE strategies. Taking that a step further — what impact have you seen in the students of teachers who have applied some of these strategies?

TW: I probably saw it more at Far Hills than I have yet here [at NEIA], but when I would hear students using some of the MBE language on their own when they were studying, when they were understanding why they were returning to a topic they had studied earlier, and understanding about how quickly we start to forget, and the need to wait until it’s just about out of your memory and then go back over it. So, starting to hear the students talking about it, I thought that was a real sign that it was starting to take hold.

Certainly, with the team here, I think it was much like my first experience with MBE. From the flashcards that we did to the diagnostic, I think many were surprised at how many neuromyths they held on to, and they’ve really tried to start to incorporate this language in their classrooms, too.

Our learning center and science teacher have been doing some combined lesson units on how the brain learns. So, even though we still have more learning to do as a faculty, I’ve already seen signs of where this is being brought into the ideal experience.

CTTL: Knowing that becoming an MBE practitioner is not quick and that it does take time, what are some of your goals for an MBE implementation, and what would success look like in three to five years?

TW: Step one is to make sure that all of our faculty are trained and deeply versed with MBE, picking up what you said in that it takes time to fully digest and incorporate into practice. I think looking ahead to three to five years, we would want to bring on additional team members to help continue that training.

Ultimately, a lot of it is getting to where the students understand how their brains work and the strategies that help with deep learning that sticks over time. And, not just understanding but actively articulating when to use these principles. I think that by naming it, you further reinforce the practices.

Looking ahead over three to five years, both our prospective families and current families, prospective teachers and current teachers, prospective students and current students would all understand that we’re a school informed by Mind, Brain, and Education Science, and that they will deeply learn how they learn as part of the process here.

The Connected and Valued Child: Targeting the Social and Emotional Brain