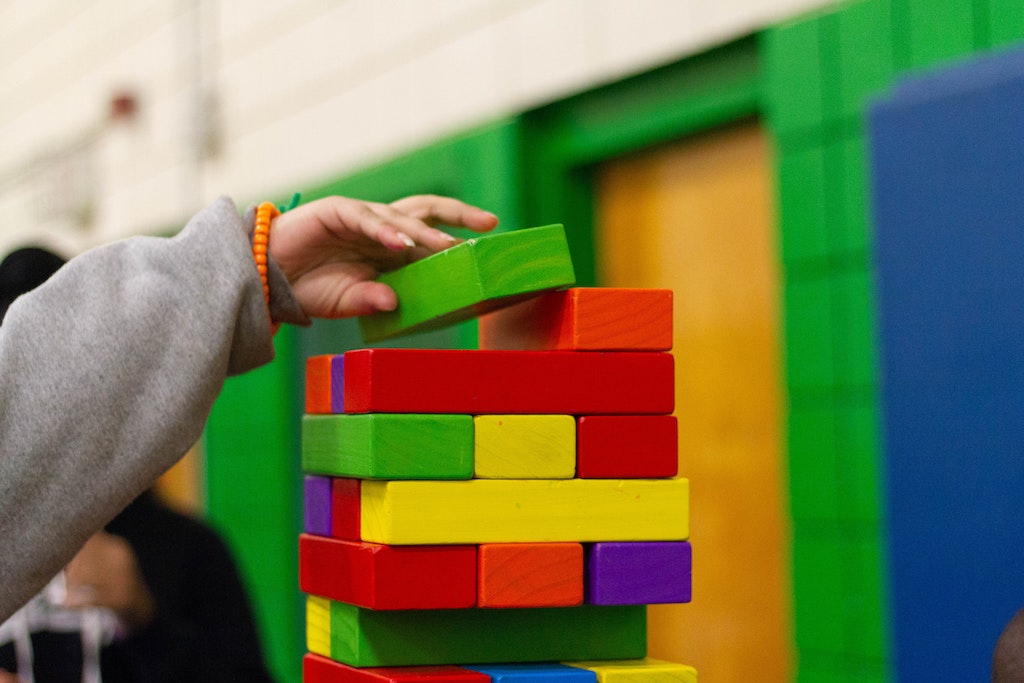 Throughout the year, the CTTL will dedicate editions of The Bridge to sharing the experiences of fellow teachers because we appreciate the value of learning from one another. At the beginning of October, we interviewed Vasilios Pournaras and Tia Henteleff, two kindergarten teachers from St. Andrew’s Episcopal School in Potomac, MD.  They are also translation group leaders for the CTTL’s annual Science of Teaching and School Leadership Academy. Vasilios and Tia spoke to us about MBE in the elementary classroom, including their individual journeys as practitioners of Mind, Brain, and Education Science (MBE), the steps they are taking to apply MBE strategies in their classroom this year, and the goals they have set for their students.

Read our conversation below.

Q: How long have you been teaching, and what was your introduction to MBE?

VP: I’ve been teaching – this is the beginning of year 17, I believe – pre-K through kindergarten, and this is my fourth year here at St. Andrew’s. My introduction really was a year before coming to St. Andrew’s. I heard Glenn [Whitman] and Ian [Kelleher] actually speak at a conference, and I was playing the Neuromyth card game with them. There were all these nuances that I was getting wrong, and I was like, huh, there’s a reason why. That’s what got me interested, and I ended up coming to work here.

TH: This is my 21st year of teaching. I’ve been doing MBE as long as the CTTL has been in existence. I got a grant in 2010 to do my own research; I was interested in brain development and cognition for ages 3 through 6. I wrote a paper, presented it at my [former] school, and led workshops for parents and faculty. I led the school’s neuroscience education research project. Pretty early on, I was introduced to Glenn and we presented together locally and internationally. And, I was on the design team that created the Academy. It’s been a long journey, and there are certain avenues that I’ve taken. Depending on what’s going on in my own life, I try to take one strand of MBE to really focus on. And this year, I’m really focused on the role that anxiety plays in learning.

Q: In terms of the transition from last year to this year, what are some of the concepts or elements of the learning experience that you are focusing on?

TH: One of the things that we have to do as teachers is being really flexible in meeting the needs of the kids as they come in because they are different from year to year. So, right now we’re really observing behavior and noticing where there is a lack of understanding or certain gaps, and where we have to adjust. We’re noticing that even though most of our class was here last year, they were here with a completely different program than a typical pre-K program. They were not sharing materials, which is a big piece of pre-K. They were six feet apart at their own desks. So now, we have to teach these skills. It seems that the students are coming in not just with a lack of practice, but they may have forgotten what skills they had before. The way we thought we would teach kindergarten, and the way we have had to adjust in the last month has been really significant.

VP: A perfect example could be using any sort of manipulative material in the classroom, like magnet tiles, or Legos, or even blocks. Having children collaborate and work together to create something has been a process. Where they’re building individual things or conflict resolution skills are not really there.

TH: Yes, conflict regulation skills, and the other piece is emotion regulation. That’s a tough skill for anybody, but it seems like we’re going to be focusing on that. I’m also noticing that a lot of children are craving more assurance in their relationship with us. They want to sit by us, sit next to us, they want more encouragement. I feel like there’s a greater need for that, and it needs to be in place before we start with the instruction. We’ve slowed down our curriculum and our assessment.

VP: The work we put in for the first month of school — and we have more work to do — putting the work in for that social emotional piece, now we’re starting to see the fruits of that.

VP: Checking in every day is one of our practices.

TH: Yeah, we have a welcoming station. So, a teacher is sitting there in the morning, and we have a Mood Meter. Mood Meter comes from the Yale emotional intelligence program. The Mood Meter helps children identify how they’re feeling, it gives them a broader vocabulary, and it gives them the ability to identify the nuances between feelings. We talk about those every morning; it’s something intentional that we do.

VP: I think the other intentional piece is having children learn hands-on.  With almost every lesson, we’re introducing multiple modalities, and that’s purposeful. So, the children are using their hands, they’re walking around the building on a scavenger hunt, they’re listening to us speak, they’re listening to each other, partnering in large groups and small groups. So, we’re making sure that within the classroom community and the learning, we’re giving opportunities for children to move, and we’re presenting students to learn using a variety of strategies.

TH: I thought of a couple of other things. Both of us are pretty goofy — and maybe that’s why we’re kindergarten teachers — so we use humor, because it works. And another thing, that we haven’t started yet, is to put a focus on executive function skills. One of the ways we’ll do that is to have children come up with play plans for dramatic play. That covers a suite of skills because they have to come up with a plan, they have to set goals, and they’ll monitor to make sure their plan is meeting their goal. Because it’s dramatic play, there’s a cognitive flexibility piece about maintaining a role as your friends are maintaining their roles. They inspire one another to be more and more imaginative with their play plans.

VP: The play plans made me think of this — and I just looked it up on the placemat [Elementary MBE Strategies Roadmap] to double-check myself. This came up at the Academy a lot, the idea of play and realizing that play doesn’t mean more recess time, and being more playful with our students and incorporating play into the curriculum.

TH:  An example of that from this morning, I looked at what the lesson was in the curriculum and I realized that it was not playful enough. So, I made it more playful. It was getting used to shapes, talking about the attributes of shapes, and how you would describe shapes to another person. So, we did all that but then, I had them take out their dry-erase boards, draw the shapes, and then turn the shapes into something [else]. Of course, that was their favorite part. They were so excited to share what their circle turned into or what their rectangle turned into.

Q: What is a goal that you have for your students this year?

VP: For me, it would be that by the end of the year, our students are able to resolve conflicts independently or with very little assistance. Our students should be able to collaborate, be able to really be happy and enjoy coming to school. Those are simple goals, but I feel that children will learn the academic pieces. A huge part of kindergarten is getting students ready for their academic career. So, for me, it’s setting the foundation that school is a place that is fun, where I learn, and where I enjoy being. If we can end the year with those steps being met, we will have been successful.

TH: I’m thinking about agency in my goal for them. I want them to know themselves as learners and have a sense of confidence. And, to have a sense of belonging here as a learner at St. Andrew’s and as a child in the world.

There is more than one way to become an MBE practitioner, and the CTTL has a wealth of resources to support you. If you are new to MBE, take a look at our research base to start to build a foundational knowledge. If you would like to learn more about Vasilios and Tia’s MBE practice, or for additional information about CTTL events and resources to explore throughout the year, email us at info@thecttl.org .